Finally! I’m back. Took a short writing hiatus because I was so busy being busy.

I bet this title lured you in didn’t it? Don’t lie… Although I will be talking about protection, it’s probably not the type your dirty brain was thinking of.

If you follow me on any social media platform, you probably saw I was in Mexico recently. Wow, what a trip. I could write for days about everything I did but I’m going to focus this post on one thing in particular, my brother.

I love my brother dearly. I am very fortunate we get along and have as much fun together as we do. Colm, or as I call him.. Collieyum, and I are just two years apart. I think this plays into why we are so close as we have lots of things in common. However, being that close in age has its downfalls. Like everyone in Mexico thinking you’re dating.

Ok, first the protection story because I, personally, think it’s funny. On day two, Colm and I decided to take a trip out to the ocean to swim, take photos, hang out, whatever. What we didn’t realize was how freaking sunburnt we were getting. We get back to our room later that evening and Colm and I are both the color of a lobster. Colm decides he is going to shower first so he can then relax on the balcony with a drink. By the way, our room had liquor dispensers. It was awesome. So in our hotel room, all of the provided shampoos, conditioners, lotions, etc were Chi products. And in the shower, a “Thermal Heat Protection” was provided. Most of us women would know that’s for your hair..  So Colm gets out of the shower and is like “Man, I really think my sunburn will be gone by tomorrow. I put that thermal heat protection stuff all over my damn body.” I just kinda stood there and smiled and let him think his sunburn was going to evaporate. Y’all, internally I was dying with laughter. Bless his heart.

On another night, my family and I went to a Chef’s dinner show. At the beginning of the show, a volunteer was needed. My sweet, ever so kind, brother was pointing and telling the guy I wanted to go on stage. Which I did not. Two minutes later I’m introducing myself to a crowd of about one hundred people. Then I am asked if I am single. Mortifying. So now half of Mexico knows my relationship status. At the end of the dinner, three sexy Latino chefs came out to do a singing performance. One of the guys fills up a glass of champagne and starts walking towards me, while still singing, and hands me the glass. I’m obviously blushing thinking this is fabulous UNTIL he went to shake Colm’s hand. UGGHHHHHHHHH the guy thought we were dating just because we were sitting beside each other. Don’t worry though, I found him after the show and told him he missed my single announcement. Few things are better than a man that’s tall, dark, handsome, can cook, sing, and bring you champers. Swoon. 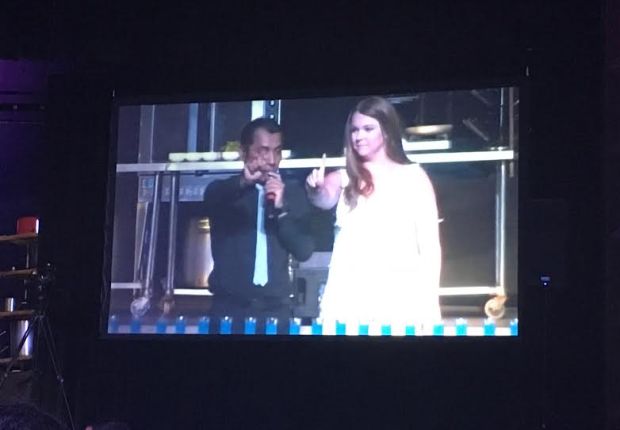 So my last little story about Collieyum is quite funny as well. However he doesn’t think so. Ok, so there is this epic, and I mean EPIC, club/show in Playa del Carmen called Coco Bongos. Google it. Colm did not want to go but I begged him to go with me because I didn’t want to go by myself, obviously. After a lot of persuasion (“Colm, you could find a hot Latina girlfriend there.”), I convinced him to go. Your ticket into this place included an open bar all night and bartenders just walk around with bottles of liquor pouring shots down your throat. Like everyone else on the trip, the bartenders just assumed Colm and I were together. So a tradition in this club is for the bartenders to put a shot glass in your cleavage. Unfortunately, Colm and I fell victim to this and next thing I know his head is being pushed into my boobs. Colm gets so pissed, rightfully so, and says, “For the last time, she is my f*****g sister!!”  By 1am, Colm was ready to peace out but we had no choice but to stay until 3am. Whoops. (He secretly had a blast.) Prior to arriving to the club, Colm and I shared a taxi with two couples, who we agreed to ride back to the hotel with as well. After we all get back into the taxi, one of the guys, who had way too much to drink, said to Colm and I, “Man, I just kept trying to find you two hoping you would turn into that brother and sister from American Pie.” LIKE WHO THINKS/SAYS THAT????? Colm and I just stared at the guy, like wtf, so weird. 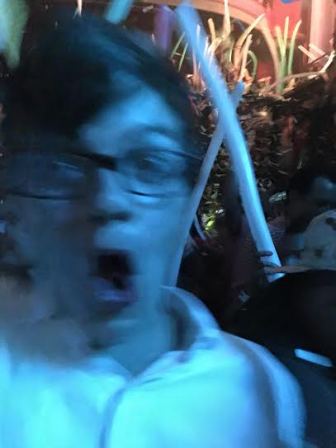 Look how much fun this guy is having!

Anyway, what a lovely trip it was my brother and family. We drank way too many cocktails, got too burnt, inhaled too much salt water, laughed too hard, and had one helluva great time. Despite Colm trying to throw me off a sailboat, run into me on a jet ski, get me way too intoxicated, drown me in a pool, and ruin my dating life. But thanks for keeping me entertained little brother.

One thought on “Always Wear Protection”