We are four days out from the most ~*RoMaNTiC*~ day of the year.

Most single people dread Valentine’s Day. I love it. While everyone else is out eating at chain restaurants acting like they’re so in love with their significant other, you can find me happily at home eating pizza, drinking wine, and thanking the good Lord I don’t have to deal with that nonsense. 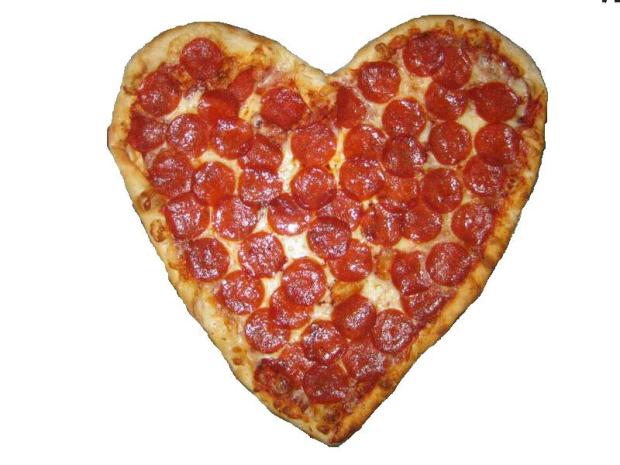 That might sound bitter, but I can ensure you it is 100% genuine. The Valentine’s Days that I have spent with someone have been less than par to say the least. I can’t even remember what I did which means it was nothing spectacular. I do remember the gifts I got and LOL. Since when did giving a pillow become a romantic gesture? I did get asked to prom on Valentine’s Day, which I still can’t decide if that’s cute or an easy way out? Anyway..

Last year I had this brilliant idea of going out to a bar on Valentine’s night. My thought process was that couples would be out at dinner and single people would all go out to the bars. I was wrong. The single men that were at the bars were not the type of men I wanted to be single with. So this year, I will be resorting back to the better idea of staying in and wearing my favorite pair of sweatpants and a nice comfy t-shirt.

Now, don’t be thinking I didn’t get any invites to do anything romantic. My sweet mother invited me to her and my dad’s Valentine’s Dinner party. Also trying to decide if that’s a kind offer or a stab to my self esteem. As tempting as the invite was, I politely declined. Somehow or another, sitting around a beautifully decorated table listening to 40, 50, and 60 year olds read their favorite love poem just doesn’t sound like my ideal Valentine’s night. So instead of sitting at the table downstairs, I will be hiding out in my room upstairs. With a pizza of course. I’m just trying to figure out how I am going to have pizza delivered to my house without my parents’ friends realizing I am there. Perhaps the pizza man and I could create a pully system outside of my window? Stay tuned for updates on that later. I’ll also help break up your social media timeline with a picture of a pizza instead of couples. You’re welcome.

My mom and I had a conversation about dating the other day and how different it is now compared to when she was younger. She was telling me how people would send each other Valentines cards and people would guess who they were from. I wish we did that now. Mom then went on to say how receiving a box of chocolates was a big deal. That’s when I said, “HOLD UP.” If someone sent me chocolates I would be kind of pissed knowing they could have sent me a heart shaped box of chicken nuggets from Chickfila or an Edible Arrangement of pineapple, which I love by the way. I think my mom was disgusted with me. I definitely felt judged. Maybe my secret admirer (my dad) will send me chicken nuggets. Speaking of secret admirers, I did receive a package last year for Valentines Day with some chocolate, a teddy bear, and a card. I was really excited for about 10 minutes until I realized it was from my aunt and uncle trying to make me feel special.

Perhaps the best part of Valentine’s Day is February 15, because OMG, all the candy goes on sale. Although I don’t like receiving candy as a gift, I do like to purchase it for myself. I will have a whole blog dedicated to buying Creme Eggs when we get closer to Easter.

I just have a hard time dealing with single people who complain about Valentine’s Day. Maybe if you weren’t so damn whiney you would actually have a date? Stop acting like it’s the end of the world. You aren’t just single on Valentine’s Day. You are single every day of the year. Sorry ’bout it.

So if you are single this V-Day, embrace it! You are young, wild, and free. Wear those comfy clothes, eat some pizza, whip out the wine, and get what you paid for on Netflix. Seriously, it’s way better than having to get dolled up for a night out at O’Charleys or Red Lobster if you’re lucky 😉 (Beyonce joke)

At least I love you. XOXO. Happy Valentine’s Day my lovers!

One thought on “Why V-Day is the Best Day”