Ever driven 828 miles (ONE WAY) in a car with your parents? For perspective, an equivalent would be driving from Cookeville, TN to Destin, FL.. twice. Or from Cookeville to Knoxville AND back 4.5 times. Well, I got to experience this adventure over Labor Day weekend and boy, what a journey it was.

Our adventure began on Thursday evening, right before the Vols kickoff. I don’t know if you’ve ever driven to Canada before, but our first two hours consisted of driving through the middle of nowhere on backroads you do not want to run out of gas on. So do you think there was radio coverage of the Vols game? Of course not. I decided I was willing to blow through my month’s worth of data to live stream the game. All for my Vols. So, my dad and I are sitting in the front seat listening to the game, while my mom is sitting quietly in the back. Despite how terrible the game was going, everything else was fine. Until my mom wanted help with her phone because her storage was full. At that point I really didn’t care that her phone was running out of storage and I most certainly was not in the mood to help. Poor Adrie just doesn’t get football. She’s not a fan, and that’s ok, but her lack of understanding is slightly alarming for someone who has lived in the South for about 20 years. After the first quarter, she pipes up and says, “Oh it’s over already? That was quick!” I just slowly turned around to the back seat and gave her side eye. Bless her heart. I’m just proud she knows the Vols wear orange and that they play for UT.

We decided during half time we would stop and eat. Little did I know our decision making would be an hour ordeal. Trying to decide to eat when three people are hangry (hungry+angry), is more difficult than you would think. Two of us would have eaten anything. One of us was more picky. We finally decided on Cracker Barrel. Dad pulls into a parking spot, as you do, but this parking spot wasn’t going to work because “it wasn’t under a light and someone might steal our suitcases”. If someone were to have stolen my suitcase that night from Cracker Barrel, he or she would have walked away with 3 days worth of clothes and a box of Skittles, Mike & Ikes, Sour Patch Kids, and Buncha Crunch. We ended up covering the suitcases with a blanket. I honestly don’t think I had eaten Cracker Barrel since high school because that’s where my then-boyfriend liked to go. But y’all, their macaroni and cheese and biscuits were hella good. Just what I needed to cure my hanger. Thank you Cracker Barrel. My favorite part of the dinning experience though, was the waitress telling my mom she couldn’t order fries with her meal. Like what? It was a very confusing ordering process, but Adrie got her fries in the end. And a bag of overpriced Milk Duds. To go along with the non-stolen candy in the car. The suitcases weren’t stolen during dinner, but thank God we put that blanket over them because those poor bags might have gotten cold.

We drive a few hours after dinner and decided to stop so we can get some rest before we set out again the next morning. I should have known from the start I was doomed when the words “one hotel room” were mentioned. You see, I am the type of person who falls asleep instantly when I go to bed. I never lay awake at night, never have trouble falling back asleep if I wake up, I always get a good night’s sleep. But the one thing in this world that can alter that is sharing a hotel room with my dad. You have not experienced extreme snoring until you deal with him. We get to the hotel at 1:00am, and I immediately pop a Melatonin knowing what’s ahead. Our wake up call was for 6:30am, and I was driving part of the next day, so I needed a decent night’s sleep. WELL LOL. Because that was far from what happened. He falls asleep almost right away, typical. Starts snoring soon after, also typical. I guess my mom is accustomed to the sound of snoring by now because she fell asleep a little while after. I tried reading to help me fall asleep. Didn’t work. Counted sheep. Didn’t work. Tried listening to music. Could still hear the snoring over loud music. Again, didn’t work. So at 4:28am, yep, still wasn’t asleep, I decided I was going to go read in the bathroom. My mom woke up and when I told her what I was doing, she said “Don’t be ridiculous, lie down and listen to music.” I laughed internally at her thinking that I hadn’t tried that already. But do you think reading in the bathroom helped? Of course not. Why? Because you could still hear snoring. At 6:09am I was still awake, and there was just no point in trying to get 21 minutes of sleep. I figured I could just nap in the car. And by the way, the reason I know these specific times is because I was jotting notes down in my phone so I could deliver this blog accurately.

So, we eat our amazing hotel breakfast (HA HA) and hit the road just after 7:30am. Side note: I would pay significantly more money to stay at a hotel knowing they served something like Chickfila biscuits for breakfast instead of bacon and sausages that resemble plastic. Anyway, according to Siri, we had 8 hours ahead of us. I hate Siri. She’s screwed me over more than any guy I can think of. I understand Siri can’t predict the future, but she should have just gone ahead and said 12 hours more to go so I could have mentally prepped for what was ahead of me. Obviously, I chose not to drive and decided to sleep for a solid two hours in a peaceful, non-snoring, car. However, I was abruptly awoken to a liquid dripping on my arm. Come to discover, the Bath and Body Works Car Scent Holder was MELTING in the heat of the sun, and was therefore dripping black wax on my arm. I couldn’t even make this stuff up if I tried, y’all. If this has never happened to you before, be thankful. Because it’s messier than it seems.

About 3 hours into our drive we come to a complete stand-still in traffic. Want to know how long we sat in that traffic? Three hours. I would have been perfectly fine to sleep during those 3 hours, but mom wanted to read jokes from her “A Joke A Day” book. After four jokes, 2 of which were amusing, I just couldn’t handle it. I wanted to just sit in silence. Finally, traffic starts moving again, but what’s a road trip without multiple traffic jams and a detour. So we get stuck for another hour. In the end, we made it to our destination 4 hours later than planned. But it was worth it because we had an amazing weekend with even more amazing friends. Shoutout to Uncle Craig for the scrambled eggs. 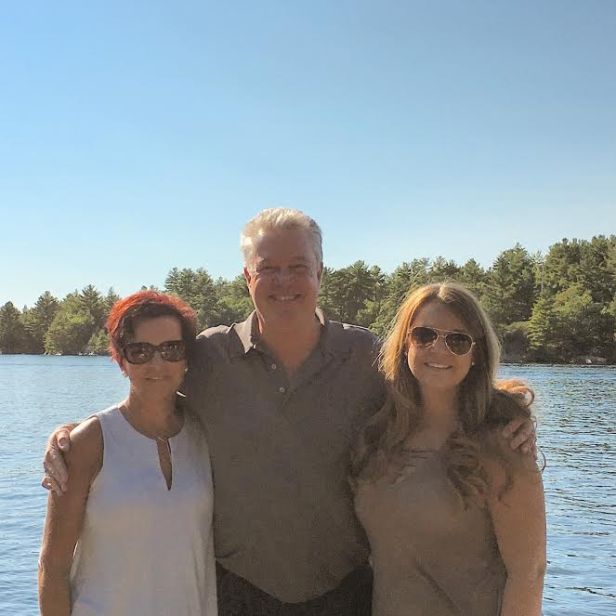 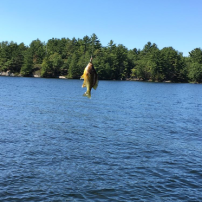 Think my epic adventure is over? Nope. Because we had to drive home. This time it was just myself and Dad. PRAISE GOD we had no traffic jams. But something was bound to go wrong. After entering the United States I realized my wallet was not with me. Yep, left that in Canada. Typical. No driver’s license, no debit card, no cash, no Bath and Body Works coupon to buy another car scent holder, nothing. Thankfully I knew where it was and was able to have it sent back to me. After realizing I had forgotten it, I decided I was EXTREMELY lucky to have had my Green Card in my purse, and not my wallet. Because without that, I would have been stuck in Canada. Which actually, wouldn’t have been all that bad. One thing struck me though crossing over international borders via vehicle. I travel frequently to Europe via plane and coming back into the US as a Green Card holder is tougher than it should be. I have to have pictures taken in addition to having every single finger printed, and I have to answer one million questions. Coming into the US via car.. breeze. All Border Control did was look at my passport and Green Card and send me along my way. I never had to get out of the car or answer a single question. I easily could have had blocks of coke in my car (DISCLAIMER: I DIDN’T).

But geeze, what a trip. Loved every minute of it though. If you haven’t been to Canada, you should go. It’s a beautiful country. I suggest flying, however.

Oh! And I started an Instagram so you can get new blog alerts quicker. Give it a follow if you wish —> lifewithlanablog